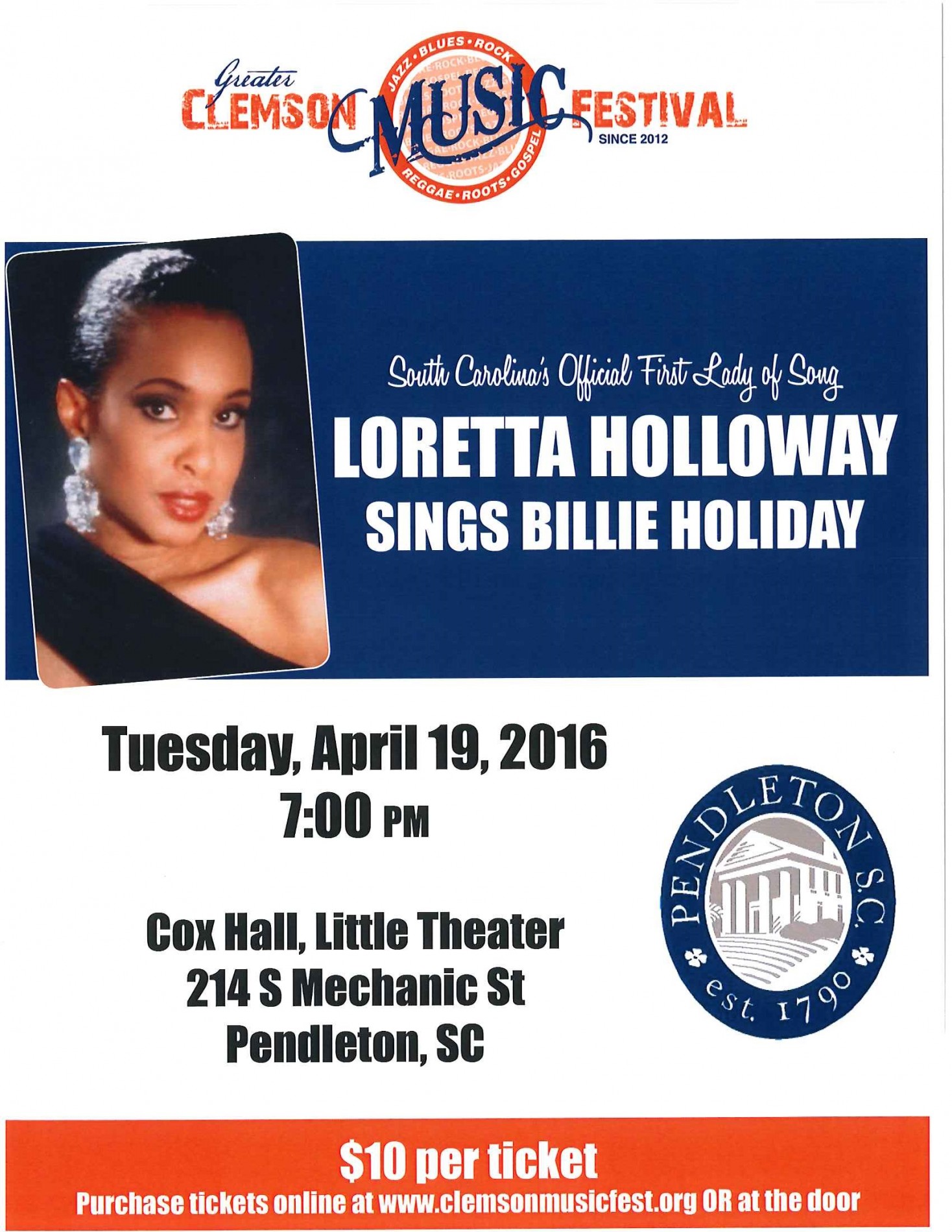 On Tuesday, April 19 the Greater Clemson Music Festival will present HOLLOWAY SING HOLIDAY, THE BILLIE HOLIDAY SONGBOOK, a featured event sponsored by the Town of Pendleton.

The concert will be held at the Little Theater’s Cox Hall beginning at 7:00 p.m. Tickets may be purchased online at www.clemsonmusicfest.org/tickets and are $10 per person. If any tickets remain the night of the event they will be sold at the door first come, first serve.

Loretta Holloway, South Carolina’s Official First Lady of Song, has performed in Las Vegas, Atlantic City and many international venues. Critics have called her “a spellbinder, a singing actress.” And Holloway is no stranger to the stage having appeared off-Broadway and in several films. In 2015 she was voted Jazz Artist of the Year by the South Carolina Music Awards.

Don’t miss Loretta Holloway as she brings her jazz trio to Pendleton for an evening of classy entertainment.

The 2021 CCR Report is now available for the Town of Pendleton - ... See MoreSee Less